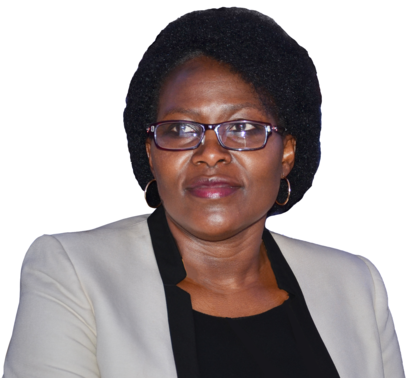 Posted by peter  in  Comments 0

The Institute of Certified Public Accountants of Uganda (ICPAU) has announced seven (7) leaders (Council Members) to serve for the period 2020-2022.

The announcement was made by CPA Keto Kayemba, the Chairperson of the ICPAU Elections Committee, who also doubles as a Council Member of the Institute representing the Auditor General’s Office. This was during the 26th Annual General Meeting of ICPAU held virtually, on 30 July 2020.

The tenure of the previous Council ended on 30 June 2020, having served for 2 years, from 1 July 2018. According to the Accountants Act 2013, members of the Council (other than the ex-officio) hold office for two years and are eligible for re-election or reappointment for a further term of two years only.

ICPAU held electronic elections for the leaders, in light of COVID-19 social distancing requirements. The electronic elections which started on 30 June 2020 and were held for 2 weeks until 15 July 2020 are legally provided for, in the Accountants Regulations, 2016. According to the Regulations, only full members of the Institute who are in good standing are eligible to vote.

The ICPAU Council is composed of 11 members and is headed by a president who is deputized by a vice president:

The President and Vice President will be elected from amongst the new Council members at their first meeting.

Speaking during the release of the election results, CPA Keto Kayemba urged the new members to embrace technology. She based this on the current situation brought on by COVID-19 that limits physical interaction.

She further tasked the new council to lead the institute into the space where its activities are much needed. “Without accountancy, transparency and accountability are nonexistent, yet these are some of cornerstones of organizational development economic growth,” she said.

CPA Frederick Kibeddi, the outgoing ICPAU president urged the new members to embrace research as a way of understanding trends in the profession, and finding solutions to the challenges that accountants face. He further said that, it is through research that they will appreciate what accountants need to do to remain relevant to their stakeholders.

The electronic election was reviewed by Deloitte and Touche.

ICPAU is the national professional accountancy organization, established in 1992 by an Act of Parliament, now the Accountants Act, 2013. The functions of the Institute, as prescribed by the Act, are:

ICPAU is a member of the International Federation of Accountants, the global organization for professional accountants.